I just watched AKIRA (1988 Japanese Anime) and my mind is blown.

But I also see it as an empowering film.

The way I understand this movie is this:

AKIRA is a concept. AKIRA is the concept that we all have an inner-power. That power is infinite. That is the birthplace of the universe. Just pure power, and pure light.

We are all born with ‘Akira’ within us. The secret is to unlock our inner-power.

The movie was made in 1988 — it blows my mind how modern the film seems.

I also feel that it is more entertaining to watch an older anime, than an old ‘live action’ film. I noticed that anime films age a lot better than traditional film. Because anime is not dependent on fancy cameras, high-resolution, sharpness, or even high-tech computers.

Even in AKIRA, you see all the computers and USER-INTERFACE GUIs as just nice abstractions, and colors. They look pleasing to my eyes. Rather than watching an old film, with everyone using old-school PC’s.

My ambition for this article is to break down some cinematography we can apply to our photography (or video/film). And also to discuss some of the moralistic/ethical messages of the film.

1. The city as a blood vessel

You start off the movie with 1988 Tokyo:

Then you see a birds-eye view of the city, and it looks like a blood vessel:

To me the symbolism is this: human cities are like cells, blood vessels, in the human body. 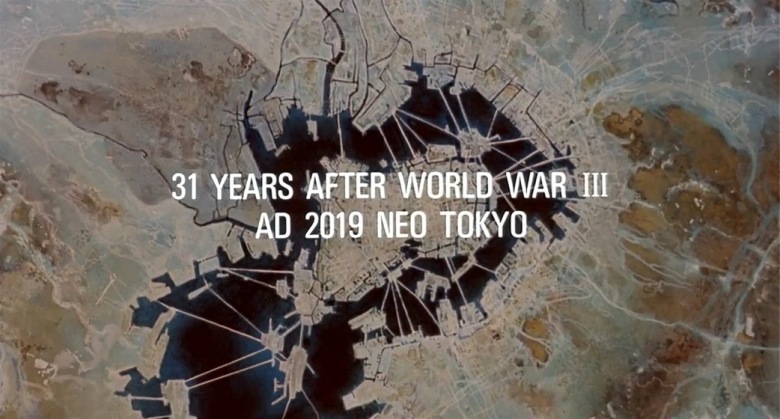 Lesson: Starting off a film or photo project. You need to set the scene. They call this the ‘establishing shot’ — you establish what the movie or project/or film is going to be about.

The innovation of AKIRA is the use of light in the movie.

Note that the entire movie is drawn with paint. They actually have to ‘draw’ light — by creating contast, and using different colors, hues, and intensities.

See some of these scenes— note the different colors in the highlights versus shadows.

The light source is behind the subjects— so see the ‘rim lighting’ in these shots: 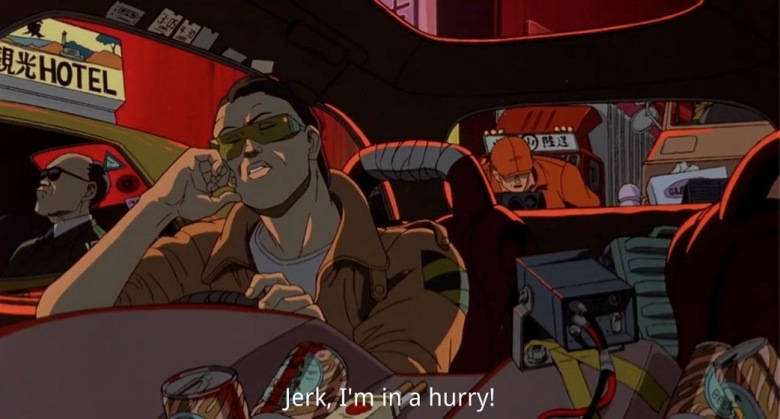 The nice thing about studying lighting in anime or animated film is that you can better understand the emotion of light.

This amber-orange light against the dark black of the photos, evokes a surrealistic, neo-futuristic ‘cyberpunk’ feel.

If we blur this one photo (‘Gaussian Blur’ in Photoshop), you can feel the mood and emotion of the scene, and better see the colors:

With some colors highlighted. I just made some color cubes in Photoshop: 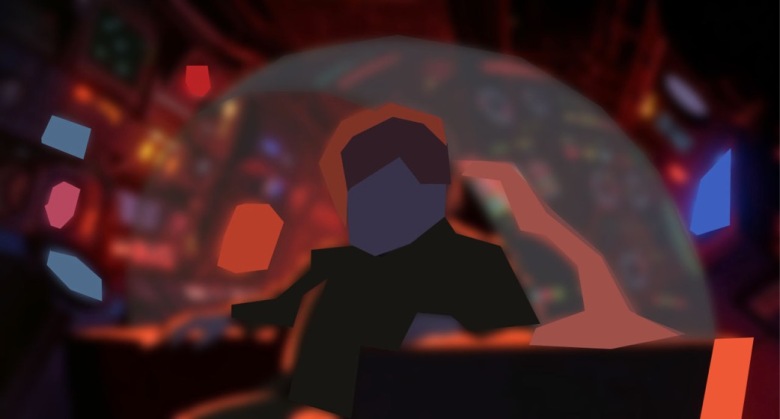 Easier to see here. See the profile of the general, and the halo around him:

With Gaussian blur to better see the color tones:

I use the ‘Eyedropper’ tool in Photoshop to choose certain areas, and here it is abstracted:

The next step: fully abstract:

So study the image. Note the super-bright neon orange on the far right of the frame— which is the light source. That causes the brown face of the man to be an amber-copper color.

Easier to see if I just make the entire background black:

Can you see the light now?

I love the palette and color combinations in this film. Look at this scene:

More to come, stay tuned for the next episode, wait for PART II.

Or better yet, watch AKIRA and study it yourself.

Until then, study more cinema below:

Be notified of when new workshops are live here.

Free Motivation for You >

Get real feedback on your photos on ARSBETA.COM

Never hit the streets without it >

Now is your time to (re)learn film >